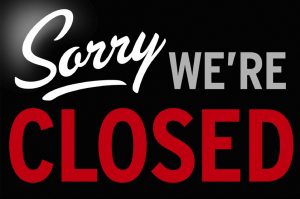 The effects of COVID, the economy, and the weather have combined to create a perfect storm. For those in manufacturing, it’s an environment they’ve never seen before – and hope to never see again.

“No matter what aspect you look at in manufacturing, whether it’s bringing in materials, trying to maintain production and throughput, to sales and general customer support – everything, every facet – it’s just a million miles an hour right now,” said Joe Todd, President and Principal at Accessa.

It kind of reminds him of the movie Star Wars.

“It feels like warp speed, faster than the speed of light, and you just can’t see anything going on around you because it’s such a blur.”

It’s taking a toll on everyone involved.

“The work environment is very stressful,” he said. “There’s a lot of anxiety around trying to cram ten gallons in a five-gallon bucket.”

In that environment, burnout is a real concern.

“Sometimes people are reluctant to use vacation because they want to squirrel it away until a better time. And the next thing you know, it’s December and they realize, ‘Hey, I never used my vacation!’” Todd said. “We thought, what can we do to say, ‘You don’t have a choice, team member. We’re forcing you, essentially, to take a day off because we’re just going to close.’”

Burnout was the problem.

“It’s always on a Friday. It’s always the third Friday of the third month of each quarter. So four times per year, we just close it up.”

The first Third-Third is Friday, September 17th. Accessa will close for the day and Todd hopes his employees take advantage of the time off.

“We feel like our responsibilities as a management team are to take care of the business from every aspect and the greatest asset this business has are the people that work for it and drive value for it,” he said. “The only way we’re going to get every team member to put in their fair share is to make sure that people are feeling fresh and happy and appreciated. And if this is one little way of achieving that, then we’re all for it.”

He also hopes it helps them recruit new employees.

“We’re promoting this to existing customers, for the benefit of existing staff, but in this environment trying to recruit employees – which we are certainly trying to do because we have several positions we’re trying to hire for – how do we use this to help us stand out?”

In addition to paid holidays and vacation time, Accessa also offers PTO days and every employee gets a paid day off on their birthday.

“We’re almost giving a month of paid time off,” Todd said. “I know our European counterparts might roll their eyes at that, but I think that’s pretty darn competitive.”

With almost 20 years in the business, Todd knows that a good employee is a happy employee and a healthy employee.

The feedback from employees has been positive.

“You don’t generally hear the good news. You just hear the bad news. But in this case, I actually did get a handful of people that responded saying, ‘Hey, this is awesome. Thank you so much.’”

For Accessa employees, it certainly is.

A family of proven products that perform at the highest level. An industry-leading brain trust of knowledge, creativity, and know-how. Since 1979, Accessa has offered high-quality coating, chemical, and equipment solutions to help customers of all size improve their product and their bottom line.